French singer Emily Simon likely had a premonition with her album called, “Végétal.” In many ways it seems like music is getting on board the “green” train. In fact, classical guitar strings, in particular, are becoming plant-based.

The Italian company, Aquila, can be credited for realizing this veritable tour de force, aware of a revolution in the music industry, specifically with classical guitar strings. These new generation upper register strings are primarily made of plant material. You can now say “good riddance” to petroleum. Even though the plant-based composition of the strings is 63%, it is still impressive to witness this exceptional technological prowess and significant environmental effort, when considering the impact of plastic waste on our environment. 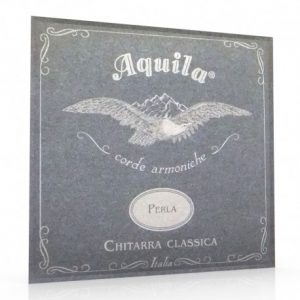 We should know that long ago classical guitar strings were created with animal gut, but besides the high cost of producing these kinds of strings there’s also an ethical aspect to consider vis-à-vis animal rights. At least gut had the advantage of being biodegradable, which isn’t the case with modern day classical guitar strings.

We would have hoped that the bionylon strings could also be biodegradable, but alas, they aren’t. They have, however, a carbon footprint reduction of 30% compared to standard classical guitar strings, which is a valiant feat in itself.